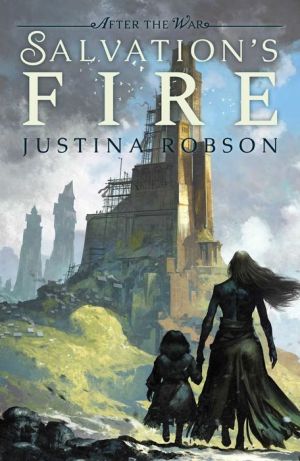 Salvation's Fire: After The War by Justina Robson
Publisher: Solaris

Salvation's Fire: After The War by Justina Robson The thrilling new fantasy adventure from the world of Adrian Tchaikovsky’s Redemption’s Blade The Tzarkomen necromancers sacrificed a thousand women to create a Bride for the Kinslayer so he would spare them in the war. But the Kinslayer is dead and now the creation intended to ensure his eternal rule lies abandoned by its makers in the last place in the world that anyone would look for it. Which doesn't prevent someone finding her by accident. Will the Bride return the gods to the world or will she bring the end of days? It all depends on the one who found her, Kula, a broken-hearted little girl with nothing left to lose.